The average person in my adopted homeland of New England probably thinks about Siberia twice as often and they think about Utah. Utah only really comes up in conversation when people want to make a joke about Mitt Romney and people haven't bothered to come up with any Mitt Romney jokes around here for a few months.

Yes, it's the only state in the nation where the most subscribed newspaper has a regular polygamy section. No that's not a joke, there are really people still enslaving 14 year old girls and marrying them off to 68 year old men that already have four wives. Yes, young men and women who are going on proselytizing missions for the LDS church shriek with horror when they get a mission call to Utah. Everyone in Utah is either already in or out of the LDS church and there's a slim to none chance that you'll do any conversion while you're there. And yes, Mormons do smile all the time, even lapsed ones like myself.

But let me tell you a bit about what I miss about Utah. 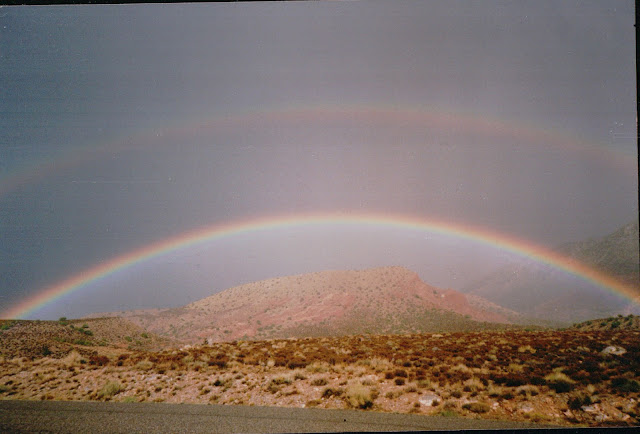 What do you see in that picture? Red rocks and rainbows of course! What don't you see? That's right, millions of swarming people climbing up the mountain every 10 feet like you see on New Hampshire mountains. You don't see gas stations or trees either. It's just nice to go to a place where you could just sit for 10-15 minutes and not have to listen to somebody tell you what a nice day it is. 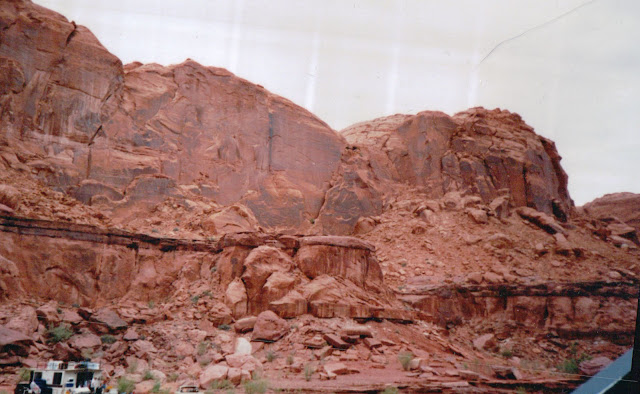 You like red rocks? Well I like them too! I love the granite all around here but there's something ancient and stark and just a little frightening about giant blocks of sandstone.
Well thanks for stopping by for U day. Tell me what you miss about your home town.

Posted by Wildpokerman at 10:02 PM

Email ThisBlogThis!Share to TwitterShare to FacebookShare to Pinterest
Labels: Travel