Today I was able to spend the day with my beautiful family. I asked Joanna to decide what we would do and we went to the neighboring town of Hudson to sit and read in the park. I was deep in a David Foster Wallace story and I heard a loud noise. I looked up and saw a huge cloud of dust and inside it was a car and a truck that had smashed together.

I don't think I've seen a car wreck that was so serious that close. It was frightening. Joanna went over to see if she could help. She helped the drivers of each car stay calm and talked to them while they waited for the police, fire department and ambulance to arrive. I stayed back with my kids and watched from afar. 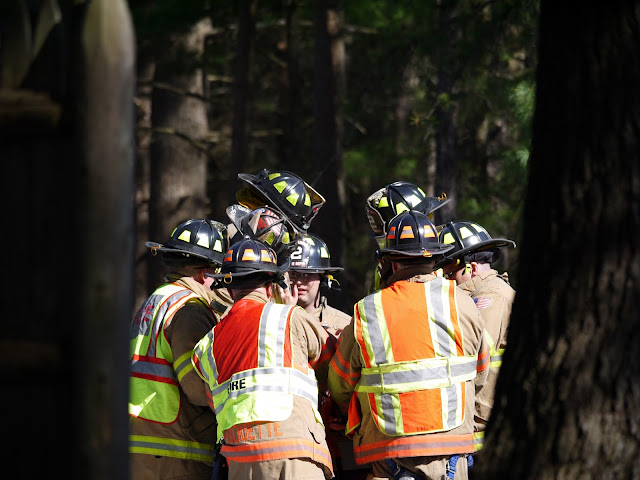 Fortunately, everyone will be alright according to the fireman at the scene. I took a bunch of pictures with my high zoom lens and the fire chief asked me to send them to the department so they can review them for training. When they had removed the roof of the car so that they could get the passenger out I told my daughter she should go play because it could affect her for a long time if she saw something upsetting. She went over and played with the boys. When they brought the passenger out of the car and put her on a stretcher she was moving her arms. That was relieving. I knew that what I saw wasn't a complete medical diagnosis but it at least showed she wasn't paralyzed and wasn't dead yet so she had a chance. 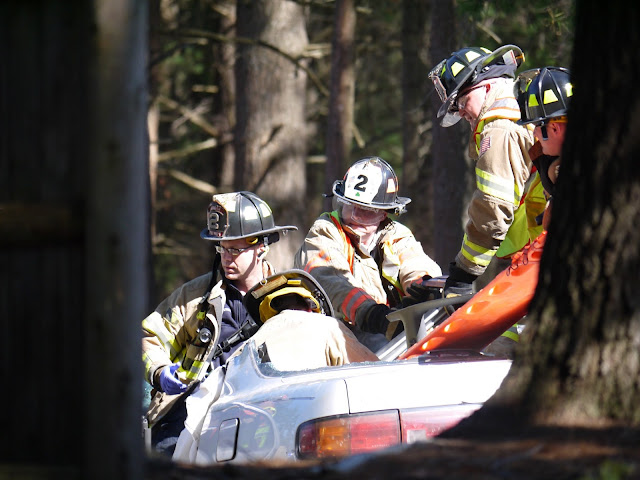 The emergency responders were quick to arrive and a lot of people stopped to help and make calls including several bikers from the bar right by the accident. After what we've gone through in Boston it's good to know that there are so many people willing to do the right thing when the unfortunate happens. Seeing things like that also make you realize how it is good to be alive and well.
Posted by Wildpokerman at 10:39 PM

Email ThisBlogThis!Share to TwitterShare to FacebookShare to Pinterest
Labels: Family