Alice in Chains will debut a new album on May 28th. I've been a huge fan of theirs for 20 years, and I think they deserve recognition for being the most popular group of abstract expressionists in history. If you've had a chance to read Bluebeard by Kurt Vonnegut you'll know that abstract expressionists were artists who had all the talent in the world to create realistic art, but instead chose to withhold their talents and create simplified pieces that looked, at first glance,  like a five year old could make them. The art they created was designed to display a mood or moment but it was very abstract. A casual observer would believe that they were celebrated in spite of a lack of talent, but in most cases they had all the skills one would need to create traditional art. They chose not to in favor of making their art an evocation of raw emotion.

Let me show you an example. Mark Rothko, one of the more famous abstract expressionists started out doing this: 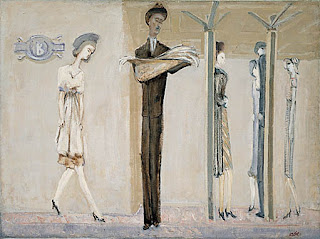 And ended up doing this later in his career: 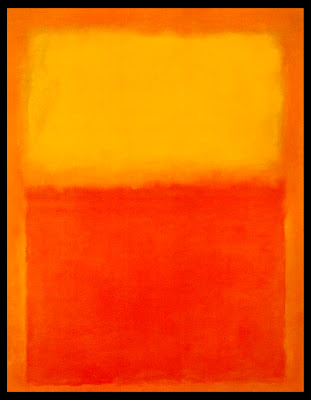 When Alice in Chains started out they intended to create music that was on the intellectual side of hair metal. I'm sure if you've listened to Poison or Twisted Sister that you're aware of how narrow that space actually is. One of their first songs was "Queen of the Rodeo". Here are some lyrics:

Notice how the song is a traditional narration of an event. You can easily identify the theme, story and emotional response that the song intends to generate. It's certainly on the liberal side of rock music. This was 1988 when discussing homosexuality in any kind of context was taboo in rock music. Putting it front and center as a central plot device where the homosexual character isn't condemned was mind blowing and would have been career ending for a less talented group.

Well of course, soon after the band started producing records, Nirvana came along and any poor bastards who could only produce hair metal were DOA (I'm looking at you Enuf Z' Nuff).But Alice in Chains were able to evolve. They went back into the studio and produced what I think is the greatest grunge album of all, Dirt. Dirt is an album where each song is a set piece that describes an emotion, and they aren't the easily accessible emotions like lust, happiness or anger that they describe. The band reached down and found the rich palette of emotions such as frustration,  hopelessness, hope and need. Here are some lyrics from the song "Down in a Hole" a song about despair:

And here are the lyrics for my favorite song from the album "Rain When I Die":

Is she ready to know my frustration?
What she slippin' inside, slow castration
I'm a riddle so strong, you can't break me
Did she come here to try, try to take me

Can you see how much the style of the lyrics evolved? In the later work it is difficult to identify a story in the song but the emotions the music evokes are much more powerful. I've found this to be very helpful when I'm writing to remember that word choice, phrasing and images matter to set mood as much as a trail of events do, if not more.

I've read that people who can use subtle terms to describe their emotions are more emotionally healthy and more able to deal effectively with emotional stress. Alice in Chains convinces you to feel a mood for a good 3-4 minutes and is able to do it in a very entertaining and rewarding way. It's more artistic and powerful than most songs that are "about" something. Because of the amazing artistic ability it takes to do that in the context of modern music, I'm looking forward to adding their newest twelve songs to my collection. 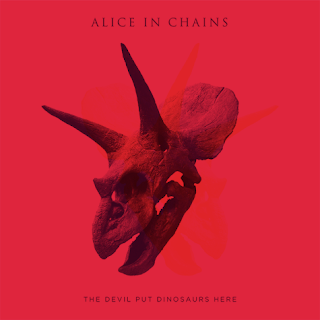 Posted by Wildpokerman at 1:12 AM